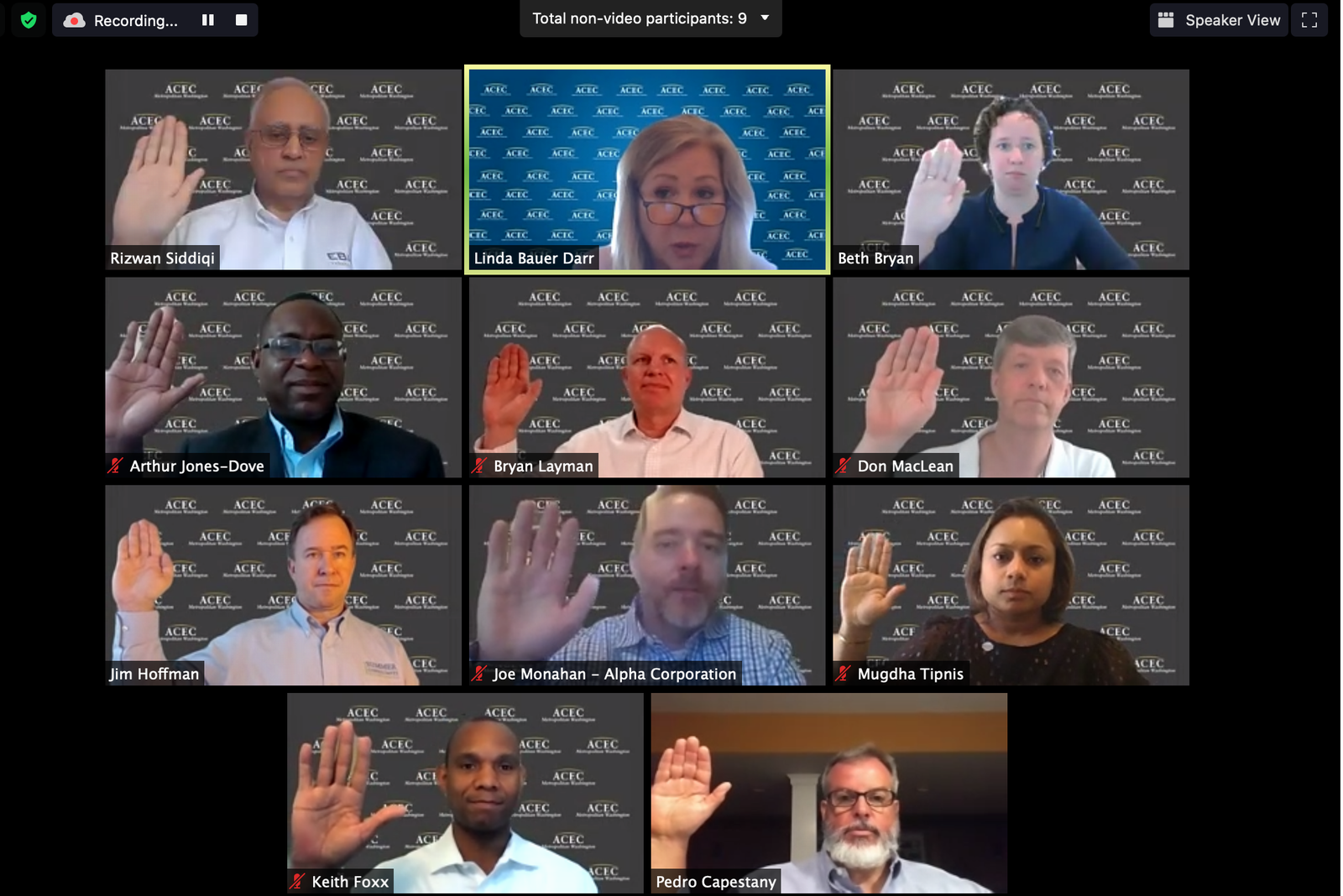 Linda Bauer Darr’s career spans over 30 years focusing primarily on transportation and infrastructure policy. In her current role, she works with a federation of 52 state and regional organizations. ACEC is the business association of the nation’s engineering industry.

Prior to ACEC, Linda served at the helm of two other trade associations: one for the railroad industry and one for the moving and storage industry. Her association work began at the American Trucking Associations heading up ATA’s international trade policy. From there she was appointed to serve as Deputy Assistant Secretary of Budget and Programs at USDOT in the Clinton Administration presiding over a $50 billion budget and helping the President build initiatives to drive development in the Mississippi Delta. Post-DOT, she spent 7 years overseeing policy, communications, and research at the American Bus Association. Linda serves on the Board of the University of Denver Transportation Institute, the Management Committee of the Americans for Transportation Mobility Committee and the Transportation Construction Coalition and sits on the US Chamber’s Committee of the top 100 trade association CEOs.

Linda has proudly served as ACEC’s CEO since August 2018 defending the interests of its 5,600 member firms that drive the design of America’s built environment and its transportation, water and energy infrastructure.

Steve joined ACEC in 2001, and currently serves as Senior Vice President for Advocacy. Prior to joining ACEC, Steve worked on Capitol Hill for 14 years, including the role of Chief of Staff and Legislative Director for Congresswoman Sue Kelly (R-NY). Prior to joining the Kelly office in 1995, Steve served for two years as Senior Legislative Assistant on the staff of Congressman Bill Zeliff (R-NH), where he handled the Congressman's work on the Transportation and Infrastructure and Government Operations Committees. He also handled transportation and infrastructure issues for Congressman Matthew Rinaldo through congressional consideration and passage of ISTEA in 1991. He began his Hill career in 1987 as a legislative assistant in the office of Congressman John Hiler (R-IN).

An avid hunter and angler, Steve lives with his wife Terre and daughter Sarah in McLean, VA. Sarah is about to begin her fourth year in the biomedical engineering program at the University of Virginia. Matt Reiffer - Vice President of Infrastructure Programs

Matt Reiffer is the Vice President of Infrastructure Programs for ACEC.  He is the association's primary lobbyist on all federal transportation issues, including roads and bridges, aviation, rail and transit matters before Congress and the Administration.  In his role he also oversees the Council's infrastructure advocacy agenda, including energy, environment, and water infrastructure issues.  Prior to joining ACEC in 2008, Matt served for six years as the Legislative Director and Counsel for Congressman Vern Ehlers of Michigan, a senior member of the House Transportation & Infrastructure Committee.